Online advertising is a thorny issue for self-published authors. People throw around anecdotes that run the full gamut from “waste of money” to “massive success” and everything in-between, and there’s very little data to support any specific conclusion.

That being said, if you’re an author and you’ve never tried online ads, this might be useful for you, as I’m going to break down some of the most basic things to know, and how you might get started.

The most important thing to know before you get going is that putting up online ads isn’t difficult – but putting up good ones takes work. It’s just like self-publishing on Amazon; actually getting something up and for sale takes minutes, but putting anything worth selling isn’t quite so easy!

There are many forms of online ads, but realistically you’re going to be using one of four services:

All four are quite different, with their own features, but they share a lot in common. Fundamentally all of them are going to display a post you create in the form of web adverts, promoted posts in people’s feeds and such.

Typically, you create a campaign, where you set your budget, start/end dates and many other factors – then you create the ad posts that will appear in that campaign (you can have several, and potentially remove the poor performing ones).

You’re going to see a lot of the following words:

You can probably already see why in many ways, it would be preferable to pay for the latter, and not the former!

You’ll see many references to terms like “bidding” when you set up your ads. This is actually quite simple.

Let’s say you set a budget of £5 per day on Twitter for your ads. Twitter will try to get as many people as possible to see your ads for that cost.

When the user opens a page that contains an ad, Twitter holds a kind of silent auction, where everyone who wants to serve an ad to that user “bids” for that space, and the highest bidder wins.

You usually don’t have to get involved in the nitty-gritty of this (it’s automated) but all the services have tools that let you do it if you want. Typically you can just choose whether you want more users or fewer, high-cost users for your money.

But why does the cost vary? Generally speaking, better users cost more money (“better” in this case are people who are more susceptible to advertising).

As a general rule, the more targeted your ads get towards people who actually click on ads, the more expensive they get; however, this is a bit of a double-edged sword. Less targeted ads may be cheaper, but go too general and you might end up advertising contact lenses to someone who has had laser eye surgery.

Also, some services charge by impressions, others charge by engagement. The latter might seem obviously better, but the ads are more expensive, and you may struggle to get anywhere with them on a modest budget. In theory though, engagement is almost always better.

The “holy grail” of this is to have what’s called a “funnel”. Assuming you’re selling a book, a funnel allows you to work out…

If you have this funnel, you can in theory tune this like an instrument to get people from “seen ad > bought product”.

However, this is quite difficult to set up, so this is pie in the sky for now (just keep it in mind).

Initial Budget – As low as you want!

One good thing about all these services is they let you set your own price. This means you can learn to use them by setting very low budgets for your ads (for instance, you might set Twitter to £3/$5 per day, and just run it for 1-2 days). Obviously this super-low budget shouldn’t lead to sales, but it’s certainly enough for you to see how everything works – so don’t worry about it being expensive to try.

Targeting is deciding who can see your ads. You want to make this as precise as possible; a very basic example might be never showing alcohol ads to teetotallers, or only showing feminine hygiene products to women. 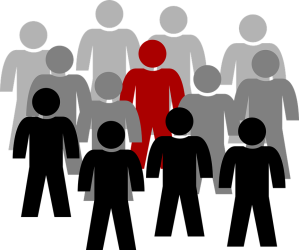 The different services have different targeting policies, but they share most of the common features like age, gender, location and some interests.

Specifics for the different networks

Google’s tools are by far the most flexible – but also the most complex. One of their more useful tools is “retargeting”. Do you ever get the feeling that the same ad is following you around online? That’s retargeting; Google has detected you’re interested in something, and it “remembers” this to show you a similar ad later.

The psychology of using Google’s tools goes a bit beyond the scope of this guide, but if you want to wade in, there are some very powerful features available for your ads.

YouTube ads have access to similar levels of flexibility, as they’re just Google ads in another skin.

Google Ads are most easily accessed by googling “Google Adwords” and getting set up via a Gmail account (if you don’t have a GMail account, you should create one first).

People debate Facebook’s ads (how often have you clicked on one?) but they have one strength. When you target your ads on some services, selecting gender, age etc., they can only use estimates to know if they’re showing the ads to the right people.

When you’re a writer, this can be a problem. For example, you might want to state your ads should only be shown to people who read English, because your book is only available in English. If your ad is served to someone who doesn’t read English, that’s a waste – potentially of money!

Facebook gets accused of being invasive, but the plus-point of that for advertisers is you can trust their targeting to know if their users are of a certain age, or live in a particular location – even what movies they like or other books they read, if they’ve given FB that info.

That’s why they really want to know everything about you (though this probably isn’t news to anyone by now that Facebook’s users aren’t its customers; they’re it’s product. People saying “Facebook is nice” is akin to cows saying they’re happy there’s a heater in their dairy… But I digress).

Facebook ads are best launched from pages, rather than personal accounts, as all their ads are Facebook posts, and you ideally want those on an author or brand page. From the page interface, click one of the many links with the word “PROMOTE” on it.

Twitter is the easiest of the services to use, but it also has quite a narrow reach.

Facebook & Google both show their ads on other sites (Google especially; FB’s circulation is smaller but it still happens) but Twitter is pretty limited to Twitter, which means only other Twitter users will see it.

Twitter’s service is very good for live events & appearances, as would befit the nature of the service. Selling products, even books? Less so, but some people make it work with astute targeting.

Amazon is the most hotly debated of all the services, at least from where I’m sitting. A lot of authors try to use it and end up flinging their money away. I think it attracts people because you’re mainly advertising on Amazon pages, and when you think about it, that means the ads are reaching people who are already shopping.

However, Amazon’s targeting is very different to other services; you have to choose other items on the store that resemble yours, and Amazon tries to reach out to people who have bought (or browsed) those other items. This makes it less flexible than some of the others.

Amazon ads are accessed from the Kindle Direct Publishing website. On your dashboard, next to one of your books, hit “promote”.

The final thing to work out before you even try this is that your ads need to have an aim; a goal to pitch for. Common aims include…

If you feel you want to dip your toes in this, I recommend starting with Twitter, purely because it’s the easiest service to use. You can branch out once you’ve done this.

Good luck with your online ads! Let me know how they work out! You can reach me via Twitter or in the comments. I also have a mailing list, which I recommend joining if you want to keep up-to-date with upcoming releases and exclusive content.