As we approach the launch of The City and the Dead, I’m doing some character spotlights.

Today we’re looking at our antagonist and the villain of the piece, the great Yōkai Orochi.

Remember, the second book of the series, The City and the Dead, is out soon! Click here for more info!

Orochi is an immortal yōkai, a type of “spirit creature”. Aeons ago, she was cast down from her role in creation by higher forces, and cursed to inhabit the physical form of a gigantic, multi-headed serpent.

Stripped of much of her power, Orochi came into conflict with the ruling family of Izumo province in some age past, leading to a feud that would go on for generations, one that would culminate in the arrival of Hikaru Arashi, who sought to end her evil once and for all.

Hikaru’s actions, though well-meaning, disturbed the status quo, and set in motion a series of events that would see both of them awaken in London in 2015, ready to resume their ancient vendetta. This re-awakening freed her from her cursed serpentine form, and allowed her to conceal herself beneath the city.

As much a primordial force as a living creature, her motivations are enigmatic. However, she has made clear that her ultimate aim is reduce all living things to ashes and dust. 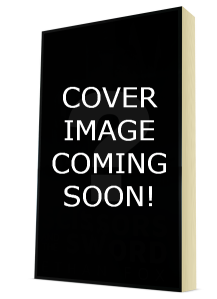 A month has passed since Jessica Cartwright‘s life was turned upside by a chance encounter with a creature of myth in Hyde Park.

Now, she has a displaced samurai, Hikaru Arashi, living on her sofa. Meanwhile Orochi, Hikaru’s enemy and Yōkai of the ancient world, has taken up residence in the dark spaces beneath the city of London.

As Jessica acclimatises Hikaru to modern life, he teaches her the skills she will need to survive in this new world of gods and monsters.

But after one of Orochi’s nightmarish minions tracks them down, she is forced to recognise that they may have a much bigger problem on their hands:

A new killer stalks the streets – a man who has seen death, but returned with a malign purpose that threatens the very city itself!

The stage is set for a clash of ages, where the modern will do battle with myth for the fate of London. But when the dust settles, which will remain standing?

The image above for Orochi is a licenced stock image.
The images of Jessica and Hikaru were created by Anna Fitzpatrick. Check out her website here!